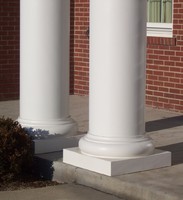 I graduated from the University of Louisville's Brandeis School of Law in 1994 and began practicing shortly thereafter.  At first I hung out my own shingle and practiced general commercial litigation.  But, in 1997 I was hired as corporate counsel for Van American Insurance Company in Lexington, Kentucky.  It was there my surety practice began.  In addition to overseeing corporate governance issues, I managed both directly and through outside counsel the company's bond claims.  Primarily this was reclamation bonds on coal and gold mining sites.  I could tell you stories.

In 1999, our corporate parent decided to take Van American out of the bond business so I returned to Louisville and private practice with the firm Conliffe, Sandmann & Sullivan, PLLC.  There, I continued my surety practice, but expanded it to include fidelity and contract claims.  I also returned to handling general commercial litigation including a significant number of construction disputes.  In 2009, I joined the regional firm of Alber Crafton, PSC where my practice was almost exclusively contract surety.

When Alber Crafton closed its Louisville office in 2015, I once again ventured out on my own.  I am honored that several Alber Crafton clients have entrusted me with their claims in this jurisdiction.

Over the years I have represented sureties, contractors, sub-contractors, owners and banks in construction disputes.  I have also represented various other businesses in commercial litigation ranging from breach of contract, telecom, business dissolution and business torts.

Our Areas of Practice

Why You Should Hire Us

Due to my experience as an in-house counsel, I have remained throughout my career sensitive to the cost of legal services to my clients.  My approach has always been to seek ways to end the conflict as quickly and inexpensively as possible while, at the same time, ensuring to the extent possible that the outcome is favorable to my client.

If you are an owner contemplating constructing a building, my experience with countless construction disputes can be of value to you up front.  I have seen many instances where the dispute I am then-litigating could have been avoided at the outset.  I can offer you advice and counsel on how to structure your contracts with architects, engineers and contractors to reduce the risks of future calamity.

Finally, the decision to hire a lawyer is never made lightly and even the best outcomes are seldom 100% satisfactory.  The cost of litigation can quickly spin out of control.  Therefore, the decision to hire a particular lawyer should be made slowly.  To me, the most important quality a lawyer can have to alleviate and control those concerns is the ability and desire to listen.  Only by listening can a lawyer truly understand your needs, desires, and concerns and address them professionally and competently.  I believe you will find that is a quality I posses.